Challenge: Managing all of the data—in real time
Cimpress’ organization has grown exponentially over the years. With more than 40 offices and manufacturing facilities around the world, it became difficult for the company to manage local file servers, backup solutions, and storage infrastructure. In order to solve these challenges, Cimpress’ IT department examined different solutions to try and find a more effective way to consolidate storage into the cloud, and enable file-sharing globally.

“When I joined the company 12 years ago, we were 400 people in 3 offices,” explained Michael Benjamin, enterprise IT program manager at Cimpress. “Today we’re a global company with more than 7000 team members across 19 countries serving 17 million customers a year. This is rapid growth and I have a relatively small infrastructure team.”

Delivering and protecting data was complex and costly for Cimpress. It included a Tier 1 storage solution, WAN accelerators, and software and back up targets (both disk based and tape libraries) from the leading names in technology. Managing all the vendors and their proprietary policies was cumbersome. Management of local file servers, backup solutions, and storage infrastructure became unwieldy with the growing number of distributed locations. Adding to this complexity, Cimpress’ data volume growth was accelerating exponentially and its legacy solutions were experiencing points of failure. Finally, they had to manage all these issues on top of global and local support challenges.

Cimpress was distributing data via DFS-R replication, and finding that its volume limits were constraining. Recovery time in large data sets quickly became far longer than what could be tolerated. With the speed in which Cimpress is being asked to open new offices, it needed to deliver solutions quickly with a predictable cost and a repeatable delivery framework.

“We first looked at the traditional ‘big iron’ storage providers to see if they offered a cost-effective storage appliance that could easily scale to meet our needs,” explained Benjamin. “When there were none to be found, it became clear that a cloud strategy was essential to address infrastructure challenges, along with a cloud-integrated solution to enable productivity across our distributed environments. The goal was to simplify and scale while increasing productivity.”

Benjamin said, “My team felt comfortable and confident that the end-to-end Microsoft/Talon solution would help centralize and consolidate file data more effectively, organize file shares, and streamline storage and infrastructure for our global sites. The key focus of the strategy was to benefit from the scalability of the cloud, and leverage an end-to-end Microsoft solution that aligned with today’s needs around the distribution of data in our enterprise. For that, Talon FAST™ delivered on this goal.”

“Additionally, the total cost of ownership for the Microsoft/Talon solution met our monetary requirements,” added Benjamin. “Where other solutions had add-on components and even D/R configurations that introduced additional costs and complexity that were not originally anticipated, Talon/Microsoft did not.”

Solution: Talon Ensures Data Integrity
Cimpress deployed a hybrid-cloud storage array with a subscription of 2500 users across various sites. This solution actively tiered storage on SSD, HDD, and the cloud tier (Azure) that drastically reduced Cimpress’ infrastructure footprint. It separated the active data (stored in the primary on-premises SSD & HDD storage) from the archive data that tiers to the cloud. Additionally, Cimpress can backup and restore all the data using cloud snapshots and location independent disaster recovery.

The Talon FAST™ software allows Cimpress to centralize and leverage intelligent file caching at the branch. Users could finally work on a "single set of data" that was coherent, consistent, and ensured data integrity by providing global file-locking. Cimpress’ users can immediately see which files were cached locally at the branch, and which files need be transferred from the authoritative source before users could start working on it.

“By moving to a cloud first strategy, which now includes Talon and Microsoft Azure, I was able to reduce Cimpress’ overall storage foot-print by 82%,” said Benjamin. “I was able to do that when you take into account our Tier 1 mirrored SAN shelves for local resilience. I totally eliminated disk-based backup targets. I was also able to return Tier 1 remote storage and move that data to Azure for longer retention and quicker data restoration. We were able to retire a 14U tape library from our Waltham, MA office. The gains were impressive.”

Vision for the future
“Our next phase is building Talon edge and core server nodes through Azure automation and using Azure PowerShell. This will allow us to consistently deploy, reliably monitor, and automatically update the desired state of all our Talon nodes,” concluded Benjamin. “You cannot surprise and delight your customers delivering distributed storage in a traditional way. The file-locking you get with Talon is superior to the competitors who are touting this capability today.” 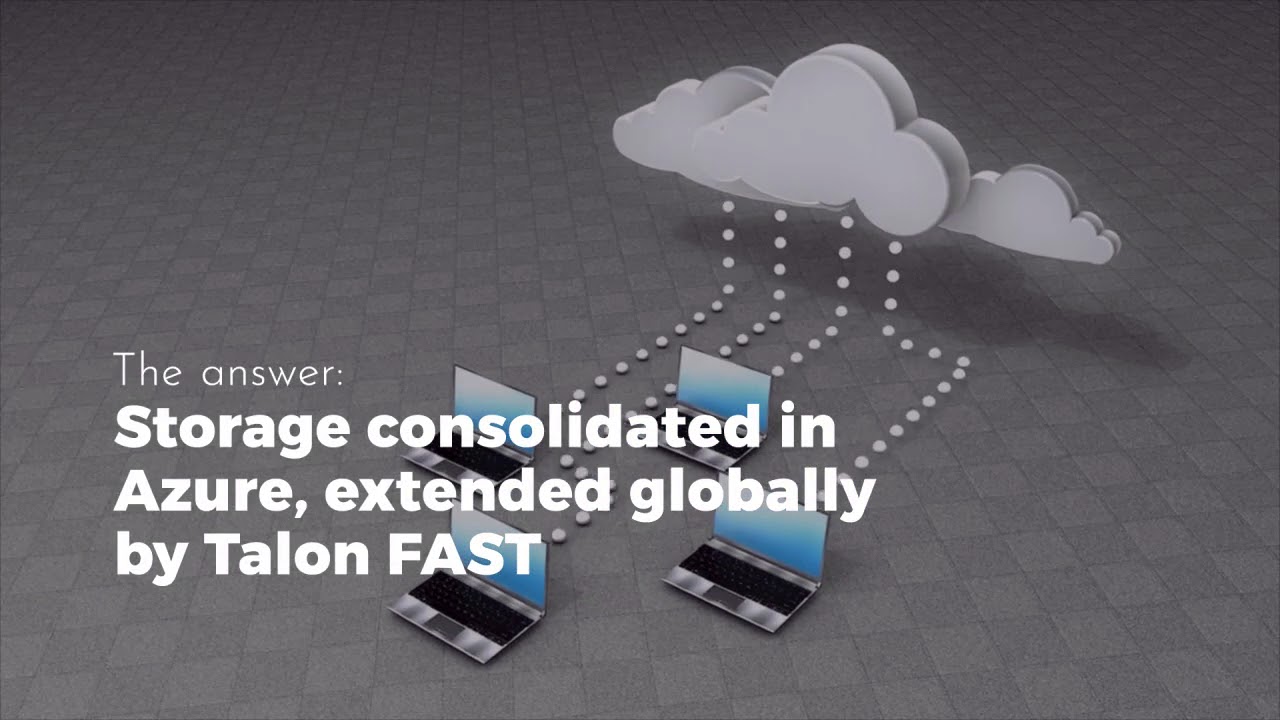 Questions? Need more details? Get in touch and we'll get back to you as soon as possible.